After seeing these digital billboards advertising, do you still think offline outdoor is outdated?

With novel visual images and super sensory impact, digital art mobilizes participants’ attention from multiple directions and all angles to create an unprecedented sense of participation, changing the way participants interact with the work, breaking the single vision and bringing participants an unexpected experience beyond reality. 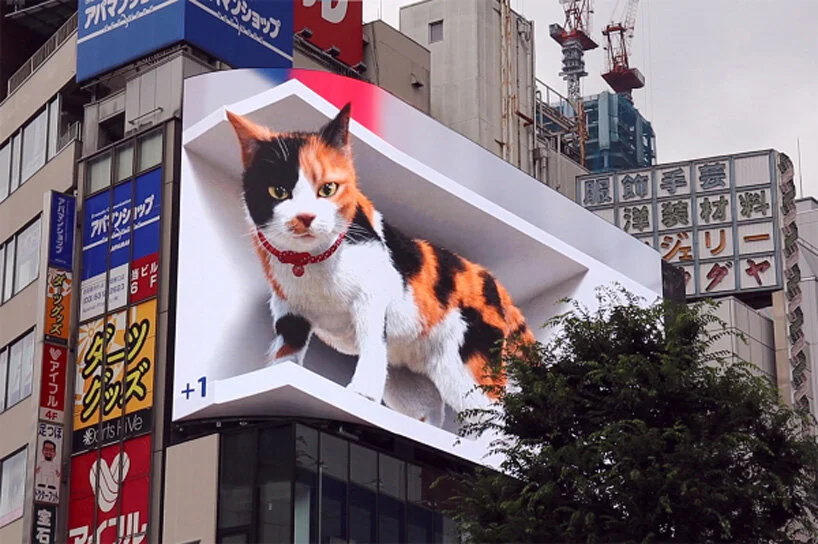 The project was commissioned by Cross Space and jointly operated by MicroAd Digital Signage and Unica as the “Cross Shinjuku Vision” project. Using 6mm LED SMD specifications and naked-eye 3D technology, the project uses curved surfaces to display 3D images that are not normally displayed on flat signs.

The project has been tested for nearly a month and has received over a million views on the Internet.

The screen will be projected 18 hours a day, and the cat will wake up when the screen starts at 7am every morning and fall asleep before the screen is turned off at 1am.

During the “work” period, the cat will walk back and forth with its own nature, and meow, nothing yawn, and will occasionally look at passers-by, as if at any time will jump down.

Adidas and its agency havas creative dubai collaborated on “the first ever liquid billboard” on one of Dubai’s most popular beaches to promote its new multi-faceted women’s swimwear collection. 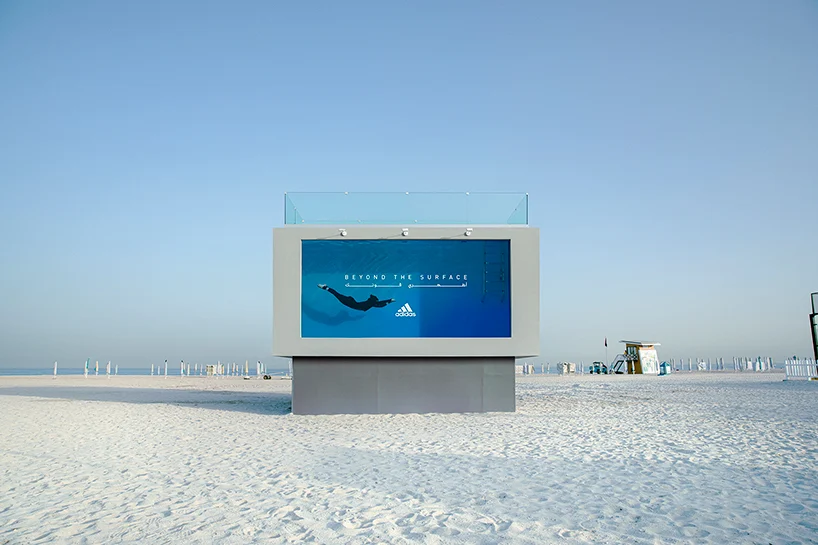 The billboard is actually a mini swimming pool. The pool is 5 meters high and 5 meters deep, made of acrylic resin, and holds 11,500 gallons of water, the equivalent of nearly 163 bathtubs.

A team of 32 people worked around the clock for three weeks to build and assemble the massive structure. 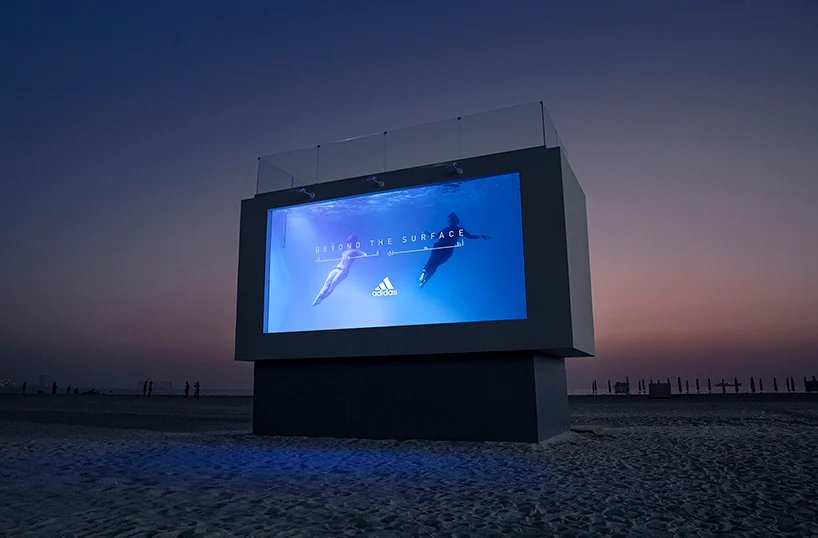 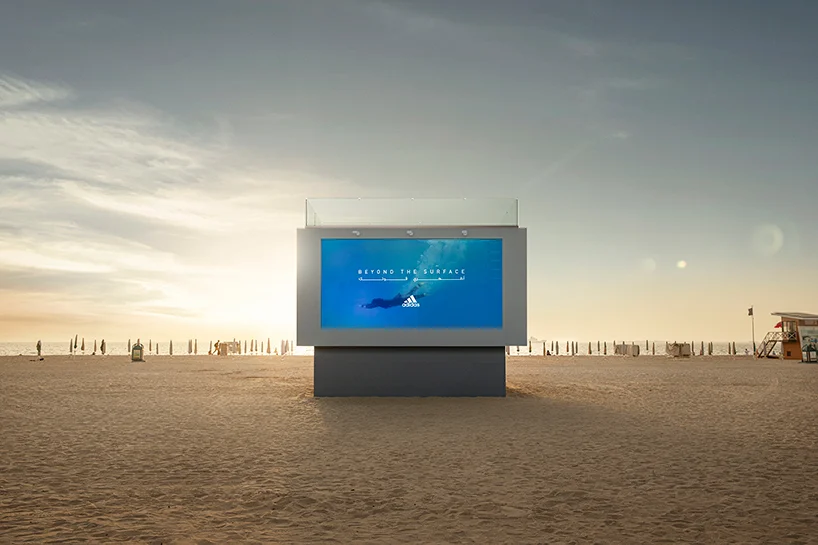 The billboard began on June 24 with invitations to swim in it, including amputee triathlete Dareen Barbar, Saudi Arabian climber Raha Moharrak and others, and was simulcast live on a digital screen next to the Adidas flagship store in the Dubai Mall.

The work was produced by WOW Studios for environmental imagery and is shown year-round in a large outdoor venue, a corner of a building in Shibuya Scramble Plaza (approximately 623.2m2 on the north side and 156.2m2 on the east side), around the clock. 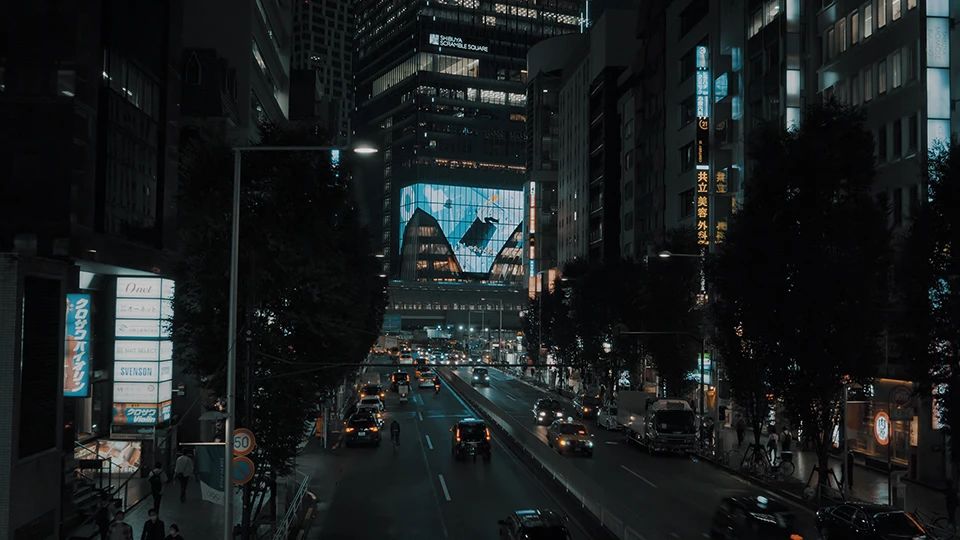 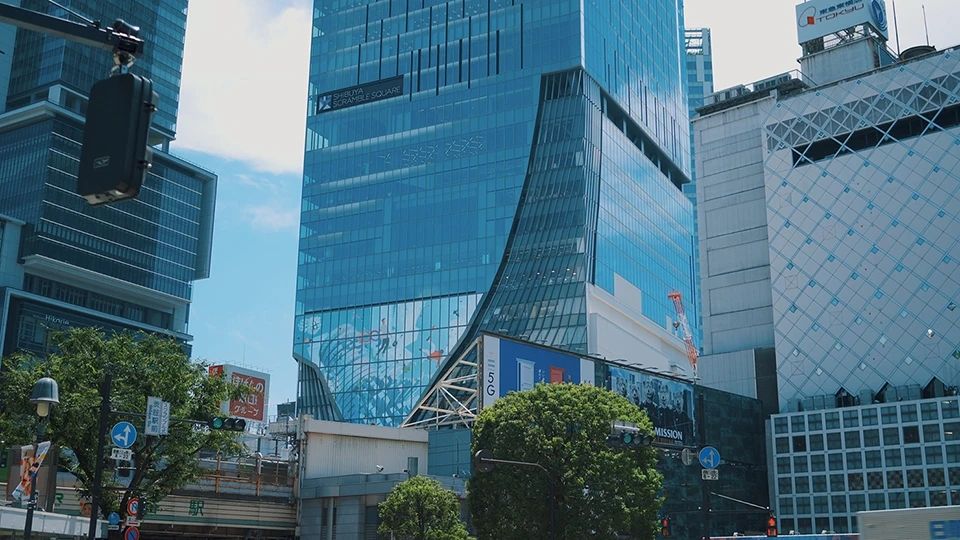 The images are created using the concept of “accumulation, fusion, and transmission”. The images show the city being deconstructed, the buildings scattered like blocks, and the people living in the city are in a weightless state floating upward.

As they float, the attraction of change created by the people, buildings and city lights can be concretely expressed.

At the same time, the content of the images changes in correspondence with the changes of day and night.

In addition to day, night, spring, summer, autumn and winter, different weather outside will also cause the picture to change accordingly, for example, on a rainy day, the people floating in the picture also put on umbrellas and rain capes.

In addition, the creative team also produced festive images such as Halloween and Christmas for the creation of Shibuya’s holiday atmosphere.

Even outdoor advertisements that were thought to be potentially obsolete can be brought back to life with an injection of creativity that is in keeping with the times.

BIG TREE are among the leading manufacturers of outdoor billboard in the China. Being in the business for two decades, the company offers a wide range of products including bus shelters, outdoor billboards, street furniture, led display billboard, light box,etc. Till now our products have been successfully exported to over 35 countries.