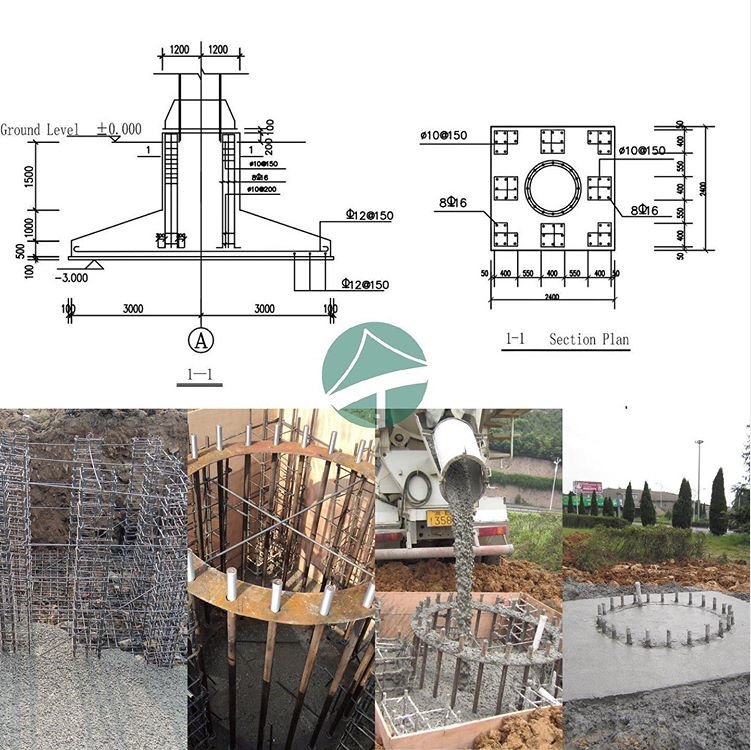 How to construct the foundation for billboards

How to construct the foundation for billboards

Foundations provide the billboard‘s stability from the ground:
◉To distribute the weight of the billboard over a large area in order to avoid overloading the underlying soil (possibly causing unequal settlement).
◉To anchor billboard against natural forces including earthquakes, floods, frost heaves, tornadoes and wind.
◉To provide a level surface for billboard construction.
◉To anchor the billboard structure deeply into the ground, increasing its stability and preventing overloading.
◉To prevent lateral movements of the supported billboard structure (in some cases).

Billboard requirements of a good foundation

The design and the construction of a well-performing foundation for billboard must possess some basic requirements that must not be ignored. They are:
◉The design and the construction of the billboard foundation is done such that it can sustain as well as transmit the dead and the imposed loads to the soil. This transfer has to be carried out without resulting in any form of settlement that can result in any form of stability issues for the billboard structure.
◉Differential settlements can be avoided by having a rigid base for the billboard foundation. These issues are more pronounced in areas where the superimposed loads are not uniform in nature.
◉Based on the soil and area it is recommended to have a deeper billboard foundation so that it can guard any form of damage or distress. These are mainly caused due to the problem of shrinkage and swelling because of temperature changes.
◉The location of the foundation chosen must be an area that is not affected or influenced by future works or factors.