How to Be a Billboard Owner

How to be a billboard Owner. As a small business owner, chances are that you have driven by one of those large billboards on the highway and thought that it might be a lucrative way to advertise your business. The good news is that the outdoor advertising business can be very lucrative. 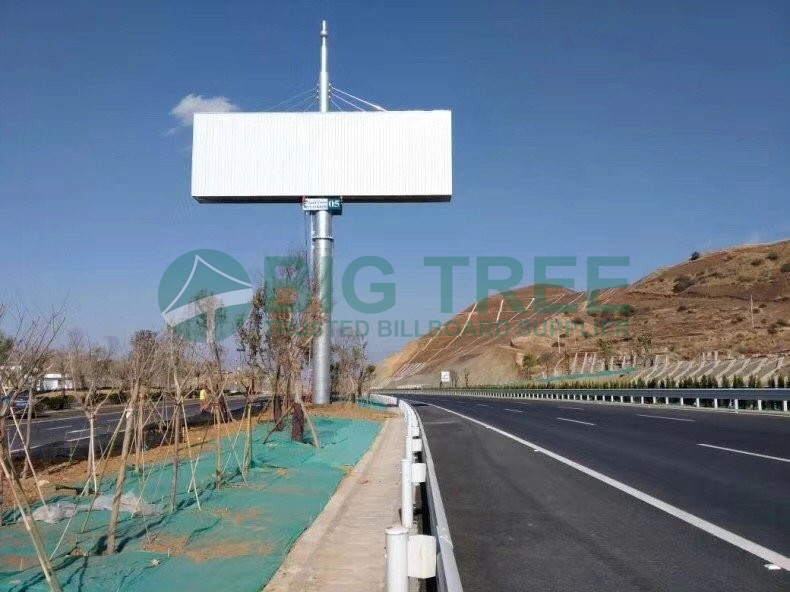 You can either take over the lease on a piece of land that has an existing billboard, or if you want to invest, perhaps you might want to build a billboard on land you own. That way you can lease the space out to other businesses, which includes the added bonus of having your own advertising space without the cost of leasing fees.

Most property owners, however, cannot erect a billboard. Lady Bird Johnson, the 36th president’s wife found billboards to be eyesores. Through her efforts, Congress passed the Highway Beautification Act in 1965. This act restricts billboards from being built on commercially zoned property within 660 feet of the right-of-way of a highway. The law also stipulates that each billboard must be at least 1,500 feet from the nearest highway billboard as well as 500 feet from the nearest street billboard. These requirements make it nearly impossible to find space left that fits those criteria. 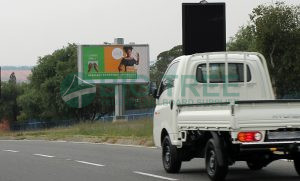 How Do You Buy a Billboard?
Unless you own commercially zoned land that is nestled next to a highway and fits the space criteria, you won’t be able to simply build and own a billboard. Not surprisingly, most of the land areas zoned for billboards already have private owners.
As you can imagine, that’s prime real estate that can bring in lots of income, so it’s difficult to simply buy a billboard. If you happen to be one of those lucky landowners, you might have something.

Most billboards are owned and erected by large advertising or mass-media companies that pay the landowner what is known as a ground lease. Most of these ground leases run for about 20 years, so that also adds to the difficulty of finding available space to erect a billboard. If you have the right land and a company wants to lease your space for a billboard, or even buy a billboard you own, it can be very lucrative for you. It’s not unheard of for a ground lease to have an annual rise in rent to allow for inflation, while still garnering a healthy bit of profit for yourself.
Ground leases can also be written so that you can control what goes on the billboard and there can be stipulations written in that allow you release from the ground lease, so you can get out of the deal in case a developer offers you top dollar for your land one day. 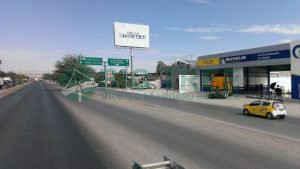 Different Kinds of Billboards
Perhaps you own the perfect slice of land on which to build a billboard. Assuming you don’t want to purchase an existing billboard, you’ll next need to decide which kind of billboard to build. Gone are the days when the static, poster-like billboard was the only way to go.
Today, advertisers compete with each other to gain the attention of consumers in a sea of media. The perfect billboard can make the difference.
Traditional billboards offer space to only one advertiser on one side, usually, but two-sided and even three-sided billboards are becoming more commonplace. These also tend to be the least expensive signs to erect. If you’re looking to purchase a billboard this will be the cheapest way to go. Digital billboards are becoming the medium of choice for most billboard advertisers, as they allow for multiple advertisers to share the same space, along with the digital billboard advertising cost. This can make it possible for you to sell space at a premium. To be a billboard Owner.
Because of their electronic nature, digital billboards usually are lighted and can contain changing images and even videos to help grab attention.
Before you buy land to erect a digital billboard, do your homework, as some municipalities have strict ordinances that don’t allow for digital billboards due to their bright nature and the potential distraction to motorists.

The Cost of Building a Billboard
If you’re starting from scratch erecting a billboard on land you already own, there will be many costs you should be ready for, starting with the actual building of the billboard then be a billboard Owner  . That cost will vary, depending on the materials for the structure, the size of the billboard, configuration of supports and height of the billboard, not to mention the different types described above.

A standard, one-sided wooden billboard is the cheapest to erect and can run you a couple thousand dollars, whereas a steel structure with two sides could run you between $35,000 and $90,000. An elaborate digital LED display can cost more than $1 million, but the digital billboard advertising costs could help you recoup that. Before you buy land and determine how large of a display to build,  be a billboard Owner you’ll have to do research about what kind of market you’re in and who will want to purchase a billboard space so you’ll have an idea of what the payoff might be.

Be a billboard Owner then you should Renting a Billboard

If you be a billboard Owner and looking to figure out how much money you could make, you’ll need to research the market in your region. It largely depends on many factors, including the format, circulation, demographics and how many impressions an advertiser is likely to get. A billboard in a rural area might cost an advertiser $250, while in a large city it could cost up to $14,000 – and even more if it is space on a digital billboard display. Space is usually reserved on a monthly basis, and a large billboard can bring anywhere from $1,500 to $30,000 a month, depending on the market. For a digital or LED billboard display, the potential rental income for your business could be anywhere from $3,500 to $25,000 a month, based on a digital billboard advertising cost for an 8-second spot in a loop of 64 seconds with other advertisers. 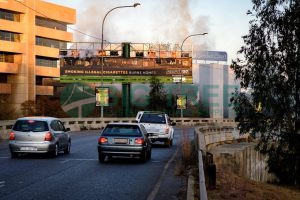 Owning an Existing Billboard then be a billboard Owner

It is possible to make a lot of money be a billboard Owner, and in some cases, you won’t have to make a large initial investment, especially if you capitalize on the ability to “flip” billboard leases and permits. Essentially, to flip a billboard, you obtain a ground lease for a space that already has a billboard constructed on it along with the necessary permits then sell that package to a larger billboard company. Many mass-media advertising companies are looking to lease as many billboards as they can, as their own operations depend on their ability to saturate a given area with advertisements. In the most remote locations, billboards can earn you a profit of about $5,000 per location. In more heavily trafficked locations, that can increase to about an average of $20,000. In some of the most coveted areas, your billboard could bring you in more than $100,000.