What are LED Billboard lights?

LED Billboard lights are specialized flood lights with optics designed to light up a billboard from a top or bottom placement. What makes these lights special is the optics that have been developed to accomplish this. Creating an optimal lighting pattern from only a few short feet away from the bill board requires engineering, And LED Billboard lights deliver.

LED can directly convert electricity into Light. The heart of an LED lamp is an LED, and the heart of an LED is a semiconductor LED chip. LED(Light-Emitting Diode in Chinese) is a semiconductor that can convert electrical energy into visible Light. It changes the principle of tungsten filament luminescence of incandescent lamp and three basic color powder luminescence of energy saving lamp, and uses electric field luminescence.

Some people predict that the future LED life limit will be infinite. High power refers to high luminous power, generally 0.5W, 1W, 3W, 5W or higher. Light intensity and lumen is larger than small power, but the same heat dissipation is also very large, the existing high-power LED advertising lights are single application, need to add a large heat sink, resulting in the lamp volume is too large, heavy weight.

Reduce the size of the heat sink, will cause bad heat dissipation, will lead to LED service life attenuation, brightness reduction, or even less than the normal lighting and optical effect, at the same time, the existing LED advertising lamp waterproof performance and dustproof performance is poor, it is difficult to ensure that the front and back of the LED advertising lamp has the same illumination intensity and exposure range. 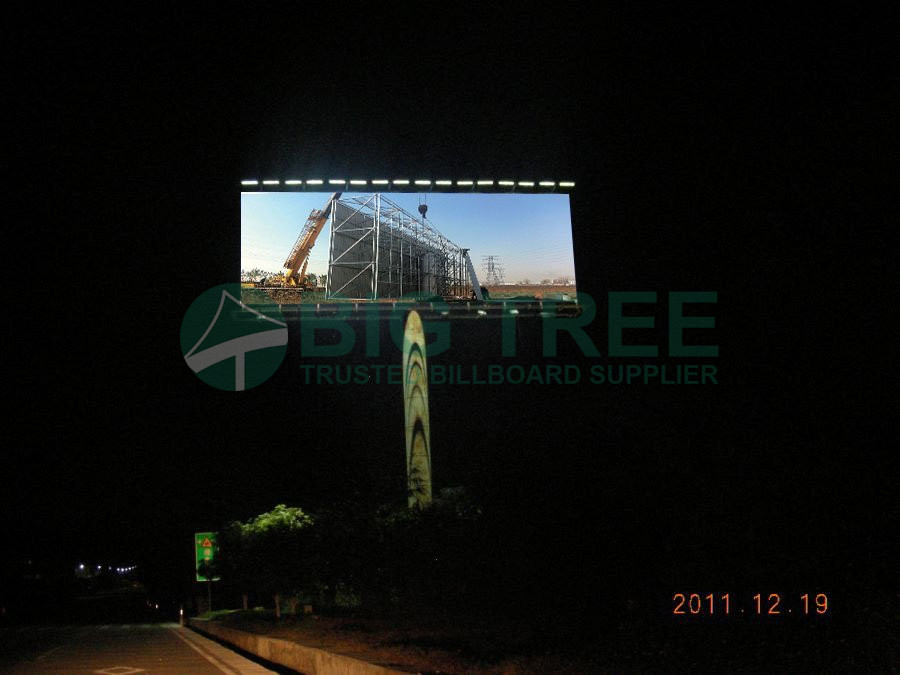 BIG TREE are among the leading manufacturers of LED billboard in the China. Being in the business for two decades, the company offers a wide range of products including bus shelters, outdoor billboards, street furniture, led display billboard, light box,etc. Till now our products have been successfully exported to over 35 countries.