The global LED billboard market is expected to reach USD 5,166 million by 2025.

LED billboards are flat panel displays that use arrays of light-emitting diodes as video displays. LED panels are part of small displays, or large displays. They are commonly used in outdoor store signs and billboards. 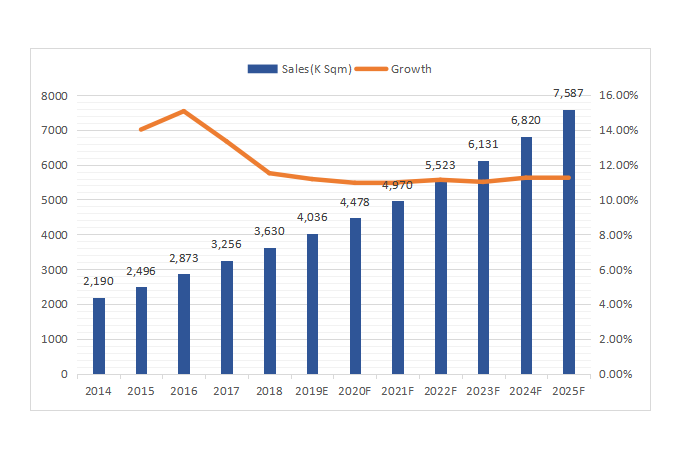 Asia Pacific is the largest export volume and manufacturer in the LED billboard market globally, while North America was the second-largest sales market for LED billboards in 2018.

In this industry, Daktronics has been the most profitable in 2018 and recent years, while Unilumin and Absen ranked second and third, respectively. Their market shares in 2018 were 9.11%, 8.15% and 5.23%, respectively. The gap in market share continues to widen. Due to different strategies.

Due to the large demand for high-end products at home and abroad, many companies began to enter the high-end field. Currently, China’s LED billboard industry is not only starting to transition to high-end LED billboard products, but also extending in the resource-rich land and downstream industry chain.

With the increase in production capacity, LED billboard raw material prices are expected to remain stable in the short term. However, improvements in energy, transportation costs and labor costs will play an important role in raising the cost of LED billboards.

There are some companies aiming to improve cost and quality to increase profitability. At the same time, companies are working on technological innovation, equipment upgrades and process improvements to reduce costs and improve quality.

The average price of LED billboards is set to fall further. Average product prices have fallen over the past few years due to technological developments, and average prices will maintain this trend in the coming years due to mature manufacturing technologies, raw material costs, and the threat of substitutes.

BIG TREE is a Chinese trusted supplier for advertising production teams in various countries. BIG TREE has designed and produced all types, sizes, and configurations of steel structures for the outdoor advertising industry for more than 20 years. Being in the business for two decades, the company offers a wide range of products including LED display billboard, bus shelters, outdoor billboards, street furniture, LED display billboard, light box, etc. Till now, our products have been successfully exported to over 35 countries.